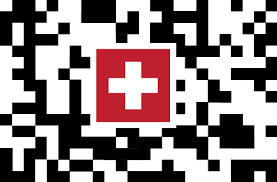 Switzerland is characterized by a series of characteristics that make it different from Italy: concreteness and practicality are two of the main ones.

Electronic invoicing in Italy has a very pervading philosophical approach: all active and passive flows are intercepted by a third party called SDI, the Interchange System, owned by SOGEI, the software house of the Revenue Agency. The transition from the normal regime to that relating to electronic invoicing was experienced, especially by professionals, as a real nightmare and still today we talk about changes and updates.

But let’s come to Switzerland: if we want to talk about electronic invoicing in the sense of using technology to allow the dematerialization of financial flows between subjects operating on the market and not controlling flows for the purpose of mitigating and controlling tax evasion, well we can say that For years in Switzerland, through a series of services offered by banks, the creation of an electronic billing flow has been allowed.

Let’s not forget that Switzerland is the country of origin of PayNet and the cradle of the nascent cryptocurrency market associated with financial process patterns that can be achieved via technology such as the Blockchain.

The latest news that is about to come into effect at the end of June on the payment side of passive invoices is the “QR Bill” on the invoice. The invoice issuer must do so by inserting a QR Bill specifically generated by the management system on the invoice, which contains a series of useful information for the automatic processing of invoices. Until the end of the year the double regime will apply, after the QR Bill it will be mandatory for all companies, even if de facto it will already be so from June. Even the famous pink bulletins for postal payments will have to have it.

Another relatively simple piece that makes up the picture of how e-invoicing is handled in Switzerland.

PL3 & Partners is already active in this field and is implementing the solution on important customers; in this context, the know-how accumulated in many projects in Italy and abroad (India, Bulgaria, Germany, others) is applied to give the best solution to the customer.

For any information you can write to us or contact us using our form on the site.