Over the last decade there has been a progressive spread both in the EU and non-EU territory of forms of transmission and management in electronic form of those documents that make up the so-called Financial Supply Chain, or the financial value chain specular to the flows of respective logistic chain that makes up a transactional event between economic subjects. 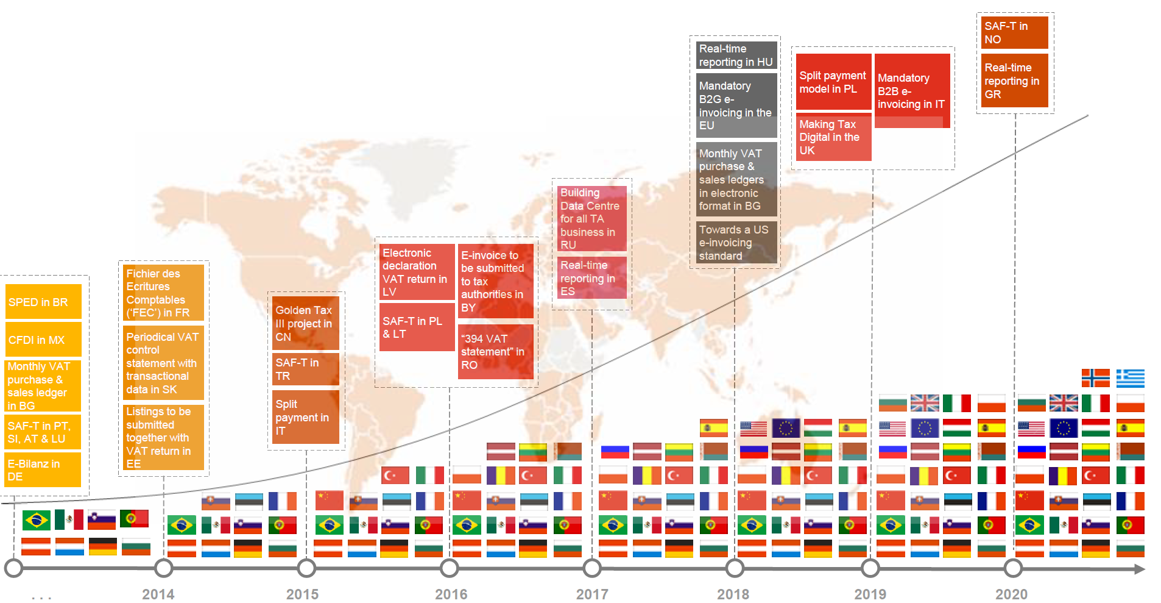 At a European level, the big leap for Italy took place in 2019, with the introduction of mandatory electronic invoicing in the B2B area and for legal entities fiscally resident in the Italian territory. In this case, the model chosen by the Revenue Agency was the “Three corner model”, ie with the presence between the two economic subjects of a third party, the so-called Exchange System, which acts as a “postman” between the two parties economic, receiving and delivering invoices, after formal verification, and thus intercepting the economic flows.

This has led to a considerable decrease in VAT evaded, according to the statements of the Revenue Agency. Surely the recovery of a part of the undeclared VAT was a fundamental component for the introduction of the electronic invoicing system, but the real potential lies above all in the fact that considerable savings can emerge given the efficiency of operations, therefore the introduction automatic invoicing between different systems, for example, with or without pre-acquisition; in essence, it is a question of making the well-known “Straigh Through Processing” operational between different systems, with automation made possible by the integration via layer of semantic languages ​​and technologies.

In Europe, other nations have moved in the field of electronic invoicing. Spain, already in 2017 introduced the SII system, or the transmission of invoices to the tax authority, although in this case the system does not act as a delivery and reception intermediary as in the Italian case.

Other Eastern European countries have adopted electronic invoicing systems, such as Hungary. Also at the European level, other countries such as Greece and Portugal are introducing various electronic transmission systems for tax documents such as invoices to the tax authority. The operating procedures vary from country to country according to the various legislations.

But this phenomenon is not limited to Europe alone. Other countries like Mexico, India, Peru, Turkey have been forerunners in this area or are implementing e-invoicing solutions.

SAP can manage these types of projects with the Document Compliance solution, which allows you to respond both to the needs of creating the file in the required format (XML, UBL, etc) by obtaining data directly from the system, and to transmit the data to the authority fiscal, where applicable, through the SCPI cloud integration layer, SAP Cloud Platform Integration. It is also possible to provide for integration with Service Providers who mainly deal with the transmission part of the file. There are many implementation scenarios, from the Full solution to the Hybrid solution depending on the level of use of the SAP components involved in the project.

The evolutions at European and world level will continue; in Italy, the digitization of the order cycle is planned for next year; in other countries such as Mexico and Turkey, the digitization of delivery notes and so on. The overall picture is extremely varied and complex, lastly it can be remembered in the northern European countries we want to spread the use of the PEPPOL infrastructure, with the related communication layers based on UBL, as well as to regulate B2G purchases at European level. to implement electronic invoicing. Holland, Sweden and Norway already use this infrastructure, as recently Austria and Denmark and Germany for Utilities. Ireland will soon adopt this solution as well.

Obviously, the PEPPOL infrastructure, based on a Four Model Corner architecture, can also be managed via the SAP Cloud Compliance solution.

PL3 & Partners has also acquired design experience abroad, such as in Spain, Hungary and Spain, carrying out innovative projects such as the SII for the Iberian territory and the IRN (Invoice Registration Number) for India.